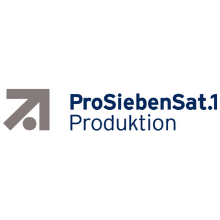 ProSiebenSat.1 Produktionrefreshes its technical infrastructure, including infrastructure of its control rooms, at regular intervals in order to always be on the cutting edge of the broadcasting industry. Recent enhancements have centered on high-definition compatibility and the introduction of tapeless production processes. In connection with these changes, the analog KVM (keyboard, video, mouse) systems in control rooms 7, 8 and 9 needed to be replaced by new, IP-based devices.

Modern KVM technology enables computers and workplaces to be housed at separate locations. This brings far greater flexibility and efficiency to the editing and production processes. Although the computers and servers are located in secure and air-conditioned facilities, they can be controlled directly from the studios and control rooms.

"When choosing the new equipment for our control rooms, we looked at the various digital KVM systems available on the market," Nico Sommer, Senior Systems Engineer for production systems at ProSiebenSat.1 Produktion, explains. "We eventually opted for one that gave us the necessary flexibility and that can be operated using standard infrastructure components—this was the Agility system from Black Box." Due to the latest technology refresh, very few devices remain capable of supplying exclusively analog video signals.

Agility IP-Based Switching and Extension system is a digital KVM system for switching, extending and distributing video, audio, serial and USB signals. It is comprised of transmitters and receivers that can be used as point-to-point extenders for distances of up to 330 feet (100 m) to mirror a source at multiple consoles, and as a matrix switch with any number of users. All that is needed to add another user to the system is an additional Agility receiver in order to combine digital video, audio, and USB from different sources. In addition, the device enables multiple users to share a single remote computer (single target sharing): Three access modes (view-only, share and exclusive) enable a wide range of applications.

Workstations in the control room that still had 4:3 displays were the first to be switched over. The other workstations were then gradually converted until all were equipped with 16:9 monitors. The choice of an IP solution proved to be advantageous. Because it could use the existing standard infrastructure, there was no need to lay new cabling, which is a slow and expensive process. The installation currently comprises 83 transmitters, 64 receivers, and two controller units (one main, and one backup). An additional receiver was installed for remote access to the KVM system.

"Because the new KVM system transmits digital instead of analog signals, our users enjoy a significantly greater image quality and a higher resolution," says Nico Sommer. "We have no problem using any type of USB device, whether it’s a keyboard, mouse or a memory stick." One of the principle advantages of the new system is that it’s fast and it was cost-effective to extend. "If any of our parameters change and we need more or fewer workstations, for example, the system can be easily adapted to the new situation. This adaptability, coupled with an approach based on industry standards, makes it a future-proof system," says Sommer.

In the near future, the installation will be extended to include another group of buildings, housing an additional equipment room as well as two control rooms and studios. Another system with two additional controller units has been purchased for this expansion, and is currently being installed. This will make it even easier for employees to switch over—but hopefully not to a different channel.