Moving to a multiple-location, single-system image.

A complete VoIP system with a proven record at a reasonable cost. 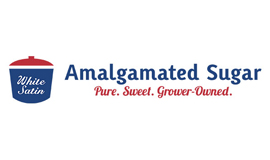 The Amalgamated Sugar Company LLC, with roots reaching back to1898, turns beets into sweets. As one of the nation’s top sugar producers, the company processes sugar beets into sugar products marketed under the White Satin brand as well as under private-label grocery brands. Since 1997, Amalgamated Sugar has been owned by the Snake River Sugar Company, a cooperative that’s comprised of sugar beet growers in Idaho, Oregon, and Washington.

The company is headquartered in Boise, Idaho, and has three processing facilities in Idaho and two distribution facilities in Oregon. While all one company, the six facilities had disparate phone systems, some of which were 20 years old or more. Because each facility had a different standalone voice system, it was very difficult to manage and maintain.

Adding to the difficulty was the number of vendors involved in servicing the six systems. Black Box had serviced the corporate headquarters and one of the plants for many years. A second longtime vendor serviced two other processing facilities. The remaining two facilities were serviced by two different vendors.

A few years ago, Gene Thomas, Factory Accounting Manager at the Nampa, ID facility, and Kerry Smedley, IS Manager at the company’s headquarters, decided it was time to upgrade the entire company to one system. The company was spending too much time and money trying to maintain aging equipment. “We were already utilizing current technology to connect our numerous locations, so it made sense to investigate how we might do the same thing with our voice communications,” said Mr. Thomas. “Because the phone systems at five of the six locations were old and obsolete, the timing was right for us to explore how this could be accomplished.”

Moving to a Multiple-Location, Single-System Image

The entire enterprise communications system was at the end of its productive life cycle and needed to be replaced, except for some select analog communications devices. The Amalgamated project team reached out to Black Box and other vendors for potential solutions, budgets, and implementation strategies. The team put together a list of must-have requirements for the new VoIP system.

“We were looking for a complete VoIP system with a proven record at a reasonable cost,” said Mr. Smedley. ”We felt like some of the other systems we looked at were still using older technology.”

The top priorities were:

After a very extensive RFP and review process (and on the recommendation of an independent consultant), Amalgamated Sugar chose the ShoreTel™ system proposed by Black Box. ”All through the process, we worked closely with Amalgamated’s team to help educate them on the different technologies available so that they did not overspend or implement something that did not meet their needs. Ultimately, it was all about the phone system and their enterprise network becoming one,” said Jothan Yeager, Black Box Senior Account Manager

Another factor in Black Box’s favor is that Black Box also has a broad geographic footprint and has an office near every Amalgamated Sugar site. As a result, all the service could be coordinated through one company, but the support would be done locally. This greatly simplifies service management.

“The Project Went Off Perfectly”

Because of the nature of Amalgamated Sugar’s business, timing for the implementations was critical. They had to be coordinated around Amalgamated Sugar’s “campaign.” That’s when the company harvests and processes the beets. Only one month after signing the contract, Black Box installed the corporate headquarters and two other locations.

To ensure the smooth implementation of all the sites, the same Black Box team did all the programming and management. Before the installations, the team traveled to each site to provide classroom training to the employees. The Black Box project management team also traveled to each site to oversee the installations. The actual installation was done by local Black Box technicians, with excellent assistance from Amalgamated’s Mr. Thomas, Mr. Smedley, and their IT group.

“After the cutovers, Josh and I personally checked with every employee to make sure they knew how to use the new system,” explained Mr. Yeager. “And, I know the Amalgamated Sugar staff really liked the security of having Black Box people on-site during the critical cutovers.”

”There were no problems whatsoever,” Mr. Yeager continued. “This was as perfect of an installation as you could ever hope for.”

All in all, Black Box installed approximately 426 ShoreTel VoIP phones, plus 67 Avaya PoE Ethernet switches, 40 Eaton UPSs, and a PathSolutions VoIP monitoring solution for up to 5000 interfaces.

The Black Box installation team trained the Amalgamated Sugar IT staff, the telecom manager, and various other key individuals in the administration and management of the system, which enables maintenance to be done from any location or at a single location.

“What could have been an extremely difficult and messy project, turned out to be a very successful Implementation,” said Mr. Smedley. ”I’m glad we went with ShoreTel and Black Box! If we had to do it all over, I’m confident we would make the same decision.”