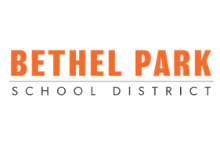 One-to-one computing device programs continue to gain popularity in schools worldwide. E-learning computing devices such as iPads®, Chromebooks®, tablets, and laptops have helped to engage students, improve technology skills, and assert cost savings in other areas such as textbooks and paperwork.

Seeking to provide their students with the skills they need for the 21st Century, Bethel Park School District began their one-to-one technology initiative with the 2014-2015 school year.

The District’s four-year implementation will provide one-to-one computing devices for all students in grades 3-12 and computing devices on carts for students in grades K-2. Students will benefit from online access to many of their online textbooks and a variety of educational programs already in use in the District, such as Compass Odyssey, Study Island, Spell City, and Math Counts. The devices will also facilitate collaborative activities such as group writing and peer editing.The District selected Chromebooks for their students because of their cost effectiveness and compatibility with the Google Suite of educational applications. They needed affordable, well-built Chromebook carts to support their technology initiative for students in grades K-6 where students are too young to take the computers home. The District needed to store the Chromebooks safely and securely in every classroom and have them readily accessible to students.

District looks for ways to patronize local vendors, and Black Box is a long standing pillar of the South Hills Community. “Working with a local, high-quality, and affordable vendor operating in the District just made sense,” said Director of Technology Services Ron Reyer. Since the District’s plan is to purchase computer items through 2018, a functional cart that could grow with them into the future was a must.

The one-size-fits-all shelving of the LC Series Carts from Black Box allow the District to be ready for what tomorrow’s technology may bring. Each cart accommodates up to 30 devices–including Chromebooks, laptops, iPads, and other e-learning devices. To protect their investment, the District needed to securely store the Chromebooks in every classroom for students in grades K-6.

The LC Series Cart’s integrated, heavy-duty locks ensure that the devices are kept secure from unwanted access. Plus, the locking wheels keep the carts in place for maximum safety, but allow for mobility when needed.

Working with Black Box resulted in a successful implementation with budget numbers kept in balance. The District had to stick with a specific budget without much room for flexibility, and Black Box delivered.

Regarding the District’s decision to go with Black Box, Reyer commented, “A site visit to Black Box’s assembly plant in Lawrence, PA convinced us that this was the right decision and six months later we were convinced that our decision to choose Black Box was the best we could have made.”

Over the summer of 2014, K-6 teachers learned about the cart’s rapid wiring system. The system manages the cables in a neat and secure way from the back of the cart. With the wiring in place, each student can now easily slide his or her Chromebook in its respective slot from the front of the cart and connect the device to its charging cable. “It’s efficient and works well,” said Third Grade Teacher at Bethel Park School District Bethani Bombich.

Reyer added, “The proof of the program’s success can be seen daily on the faces of hundreds of engaged students and their teachers.”