When a display connects to a video source, the video player needs to determine the best content output, otherwise you will not see the video or hear audio from the display. Learn how your source and Extended Display Identification Data determines the best display method for your application

Stephen King said, “Baseball is also a game of balance.” The pitcher and catcher must balance each other for a pitch to be on target. In a similar way, video players and displays must balance each other for a successful video presentation. In the baseball analogy, the video player is the pitcher, and the display is the catcher. The catcher sends a signal to the pitcher, the pitcher interprets the catcher’s signal for how to throw the ball, then the pitcher throws the pitch (sends the timing and resolution signals). If the pitcher misunderstands or does not follow the signal from the catcher, the pitch will not be on target (the video will not display properly).

In AV technology, each time a display (the catcher) connects to a video source, the video player (the pitcher) needs to determine and send the best output setting for the content that can be represented by the display; otherwise, you will not see the video on the display nor hear the audio from the display.

Before EDID was defined, there was no standard way for a video player to know the capabilities of the connected display. EDID is defined and published by VESA (Video Electronics Standards Association), and the most recent version is v1.4. The data format is defined as an upward-compatible 128-byte structure. v2.0 defines a new 256-byte structure, but this has been replaced by v1.3, which supports multiple extension blocks.

The Display’s Video Timing is Key

Each bit in Established Timings represents common timing modes. If the display supports the specified video timing, the corresponding bit is set to 1; otherwise, the bit is set to 0.

Address 24 is the Feature Support bitmap table. Bit 1 represents the Preferred Timing Mode. If this bit is set to 1, the video player uses the first detailed timing block as the preferred video output information.

CTA Data Block Collection includes VBD (Video Data Block) and other data blocks, and the VBD lists the video timing settings supported by the display. In the first byte of the VBD, bit 5–7 is set to 2 for identification, and bit 0–4 represents the total number of SVDs (Short Video Descriptors) that follow this byte.

Each SVD contains VIC (Video Identification Code) and each VIC represents a predefined video timing setting. When a VIC ranges from 1 to 64, bit 7 of the SVD is set to 1 to indicate that the display natively supports this format. VICs ranging from 128 to 192 are reserved. The player can distinguish if all bits in the SVD represent the VIC, or if the bits in the SVD represent the VIC in 1 though 64 but with the native bit set. The CTA-861 standard also lists a formula for how to extract VIC from SVD. The most recent version CTA-861 standard is CTA-861-G. For other free CTA standards, go to https://cta.tech/Resources/Standards.

How a Video Player Decides the Output’s Video Timing

In baseball, the pitcher and catcher must balance each other. As we have described here, the video player (similar to the pitcher) and the display (similar to the catcher) must also balance each other. Many factors influence the end result, such as the identification, timing, and resolution of the display. By following several VESA standards, including EDID (Extended Display Identification Data), DMT (Display Monitor Timing), CVT (Coordinated Video Timings), and GTF (Generalized Timing Formula) standards, video players can project flawless video presentations on end-user displays. 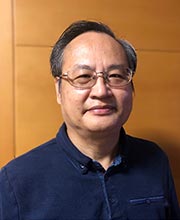 Aries Chuang has more than 25+ years of programming experience, as a product engineer, his primary focus are audio, video and networking, also provide firmware and software customize design for Black Box products.