3 Ways to use wireless Ethernet extenders

3 Ways to use wireless Ethernet extenders

IT professionals are the unsung heroes when it comes to Ethernet LAN extension. Network users don't care how the network is extended, they just want it to work.

Here are three examples of how you can extend an Ethernet network quickly and economically with wireless extenders.

Extenders, like the LWE120 Series, usually come in kits for this type of application. The kits give users a fast deployment time because the access point and the subscriber unit are already pre-synchronized to work together right out of the box. These units feature internal directional antennas with LED indicators for alignment. Dual antennas are used for better speed and range. Power over Ethernet simplifies installation. 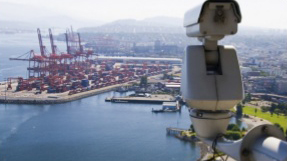 Application 2: Hub and spoke extension topology for security/surveillance.For security, cameras are installed around the perimeter and entry/exit points at well sites, booster pumping stations, and gas processing facilities in the oil and gas industry. Wireless networks are then used to aggregate IP security camera traffic to a central node or operations center. The network consists of wireless extenders with directional antennas that point back to a central AP with an omni-directional antenna. In a point-to-multipoint or star topology, the access point can be connected to up to 32 subscriber units.

Application 3: Hub and spoke extension topology for the hospitality industry. This is one of the easiest methods for extending network and Internet access up and down ski slopes and across sandy beaches to outlying cabins and cabanas without worrying about running fiber cable. Wireless extenders are also practical for connecting a digital signage network used for wayfinding, information, entertainment, and menus.

The extenders provide a solution for:

Line of sight considerations. Generally speaking, you need a clear line of sight between the extender radios for reliable transmissions. In other words, no buildings or trees can be in the way. Typically, radios are mounted on poles, towers, or buildings 20 feet or more above the average terrain height. This is to avoid noise from ground reflections called Fresnel Zone losses. The best practice is to perform an RF link budget analysis that takes into consideration transmit power, receive sensitivity, cable/connector, and free-space path losses.

The advantages of PoE. When it comes to PoE (Power over Ethernet), wireless Ethernet extenders can be a real convenience. Because many of them, like the Black Box ones described above, are PoE powered, worries about running electrical wires are eliminated. That's a real bonus in difficult environments.