The Evolution of Fiber Connectors in Networks

Networks regardless of their size typically use either copper or fiber cabling. In order to connect these cables to the devices they communicate with, they require different kinds of connectors. This article explains the evolution of connectivity and how it has shaped today's networks.

The Evolution of Fiber Connectors in Networks

Fiber Optic Cable Connectors in Networks: Then and Now

The media for most networks, regardless of their size, typically is copper or fiber cabling used to connect servers, computers, and devices together. For copper connectivity, most people are familiar with the RJ-45 connector. Developed in the early 90s when 10BASE-T networks first came on the market, it is still used today and is considered the de-facto copper connector, even for high-speed Gigabit and 10 Gigabit Ethernet networks. But the same is not true with fiber connectivity.

In the late 70s and early 80s, equipment manufacturers did not use a standard connector for fiber. Some of the old legacy fiber connectors from this time included the “Biconic,” “E2000,” “SMA,” “FC,” and “D4” fiber connectors. Most used some form of “threading” to secure the fiber connector to the equipment.

The “ESCON” and “FDDI” fiber connector systems used a keying style method to make connectivity. These were typically deployed in fiber ring topologies that used a keying system to correctly form the fiber infrastructure.

These all basically did the same thing, although the size, shape, and how they connect to the equipment varied widely. Modern networks no longer use most of these legacy fiber connectors today.

In the 90s, fiber became more popular and the number of fiber optic cable connectors in use by the industry started to narrow down. “ST” and “SC” fiber connectors were commonly used at that time.

The “ST” connector came first. It has a 2.5-mm ceramic ferrule and uses a spring-loaded “push on” ¼ turn latching system. This connector is very secure but can be somewhat difficult to make connections.

These new fiber connectors were called the “SFF” or Small Form Factor style of connectors. These “SFF” connectors basically perform the same functions as any other fiber optic cable connectors, but their major advantage is that each is about ½ the size of the popular “ST” and “SC” that were in use at the time. Several manufacturers introduced their version of a “SFF” fiber connector. Each was a little different, but all did the same thing.

One of the first “SFF” fiber connectors that came on the market in the early 2000s was the “VF-45” fiber connector. Manufactured by the 3M Corporation, it was called the (3M Volition) fiber connector. The “VF-45” connector held two fiber strands in a housing that resembled the same latching as the RJ-45 plug used in copper cabling systems. One major disadvantage of the VF-45 connector was that fiber assemblies could not be made out in the field. 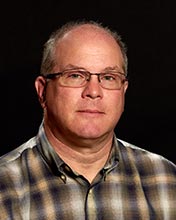